This week was a slow week gaming wise. Normally there would have been a truckload of gaming going on but unlike normal many of our game’s this week did not make.

Friday I called my Edge of the Empire game. I needed a good break with so much Real Life things going on I just needed to take a session to recover.

Saturday was scheduled to be our D&D 5E out of the Abyss game. This game also dropped and did not make do with real life reasons as well. Our GM needed a personal day much like I did on Friday.

My Sunday game did make, Iron kingdoms RPG. In this game, I am playing Tovivar Anvilbock. He is a Dwarf Arcane Mechanic, Feild Mechanic with a light labor jack. This game was my introduction to the group and I spent most of my time tweaking and making final adjustments to my character before my introduction. Not much to rely on this session other than I am chomping at the bit to get back to it in two weeks! 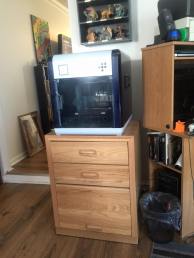 One new piece of gaming news for me and my group. I am now the proud owner of a 3D printer. I have been feeling out the printer and already have had some great 3D print runs. There have been an error or two but thus far I am exceptionally happy with the printer.

I have had the chance to print out a few cool pieces that I will share with you here. I likely will do a longer blog about the 3D printer in the coming days. 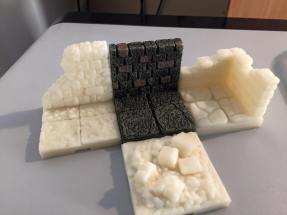 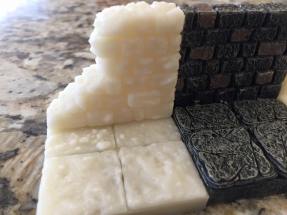 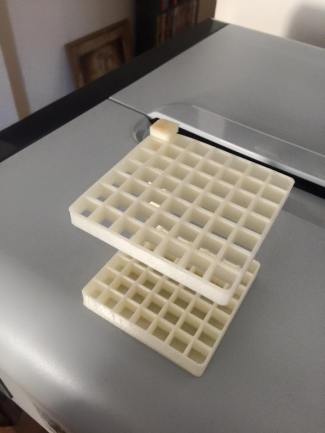 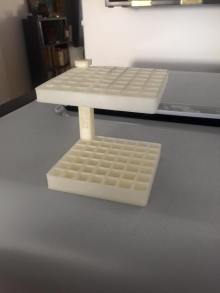 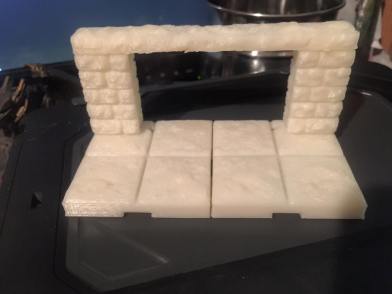 Took a rare and enjoyable Friday off this week from our Edge of the Empire Star Wars game. Having the night off I decided to give myself a bit of a mental reboot. I did not sit in front of the PC and play games or blog or read any RPG book. I just relaxed let my mind clear to help defrag my brain so to speak. In the end, it was an overall good thing. I feel a bit more refreshed coming into this next week and look forward to next week’s Star Wars game.

Saturday was the second game of Cypher System Shadowrun. I have been pretty excited to get this one going. The Matrix and Decking feel solid, I am pretty happy with the races and the cyber technology. The players got the chance to run their first mission as a team and for many of my players, it was the first real chance to take a bite out of this system.

It was one of those game sessions where everything clicked. The game that you wish you could bottle and just say this is why I love my group they were on point and the creativity and the Role-play was very high from start to finish. The whole game was just a pleasure to run. Right down to the sibling rivalry over who was going to drive the vehicle the group was stealing for the mission while two of the other players were wrapping up the driver tucking him in an ally. The rest of their job went off without a hitch and the they had a good payout.

That job was done they did a personal side job to make a big more cash from the reward they were given and took a day trip. One thing led to another and after a stopover and some interesting role-play the party shaman convinced them to go on a Vision Quest. This was a totally out of right field moment for me but we had so much great RP this game session I just did not want to hand wave it.

Out came the Roy’s Story cubes and a few rolls later we had vision quest for the players. It turned into a great use of the Story Cubes in-game that helped keep the game moving when the game had taken a turn that I completely did not see coming. Because honestly, I was stumped when they said they were going to do it.

Here we are on Sunday in about an hour we will be sitting down to play 5E D&D Birthright. This game as well is moving into its second session. So I think the story will be picking up for “Us the players” soon.

As predicted the game picked up nicely. Our group has been put in charge of setting up a new settlement and construction of the village began. It just occurred to me now that we have yet to name this fine town that is likely to be our home for some time to come. That or in my Paladins drinking and carousing with his lover.. I may have missed it’s being named. I am playing a Great Sword master following a god of War. I have decided that he treats each day as if it could be his last in the service of his god. So he is  crass, rude and a lover of all carnal experiences  A huge change form my normal style characters and I am enjoying him. I took the Knight path and I have three servants.. well two and a concubine. Over all great fun playing in this game thus far. My fellow player a Cleric to the same god often looks to me like my head has rolled off my shoulders. Mission accomplished. 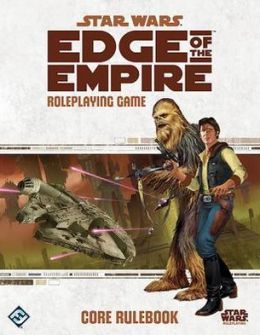 Day 25 Favorite RPG that no one else wants to play.  Well the one good thing about my RPG group is that there pretty much are no games that we will not play. But there are one or two that I would LOVE to see get more or any table time. And it’s just because we have other great games on the table that we just do not have the time to get these into the rotation. So my pick of my favorite RPG that no one else wants to play is Star Wars Edge of the Empire.  And like I said for my group it is mostly that this great system gets put to the side while we are playing other great games. If we had another Day to play …more days in the week.. we already play Friday and Sat. and most of our group meets with other groups on at least every other Sunday. So at least for now the empire goes unchallenged by our group. 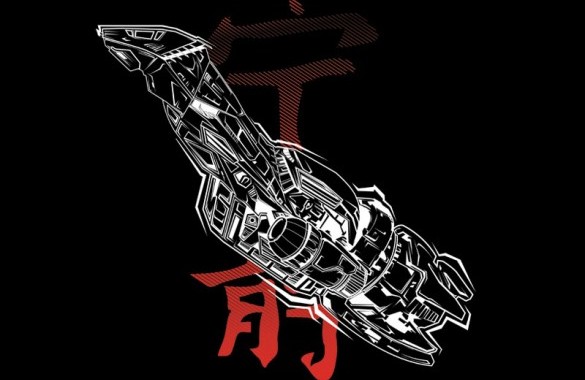 One of my Favorite line in the Firefly T.V. series. As a GM it sets the perfect tone for my blog today. In most space based Science fiction games one often overlooked place where most of the game is going to take place is the ship. As a GM it is imperative you give the players a vessel with personality ! Hence today’s Title. Not only was this a great line in the show but Firefly itself embraces the idea that the ship was as much more than a vehicle to move the actors from scene to scene. Serenity was their ship and their home. And over the course of one short session we saw every part of the vessel from inside and out and we ourselves grew to love the ship.
This is a great example of how to use a location and run a scene with your players. Do not make the mistake  of only mentioning the ship when they get where they are going or are in combat. If you give it deep value for your players they will wince with every scratch.

Give your players ship some personality, here are a few fun ideas
The ships Navigation system is an old cranky astromech droid brain from an old R2 Unit.
The entire Com system was programmed in Rodian.
The ship makes odd noises in hyperspace.
The engines are custom, The ship is faster than normal but take somewhat longer to power up due to the drag on the systems at start-up.
The entertainment system only picks up one entertainment feed. Hutt Porn..
The previous owner was a Trandoshan, The ship is decorated with Wookiee fur rugs in each of the crew rooms and entertainment area.
and the list goes on …
Also give them a good-looking ship.. And please even though we all love Han Solo. Give your players a break pick a ship other than a default YT-1300. There is so much out there that can be just as cool and the players get the chance to make it Theirs. not a want to be Falcon.
I leave you with a cool ship or two, 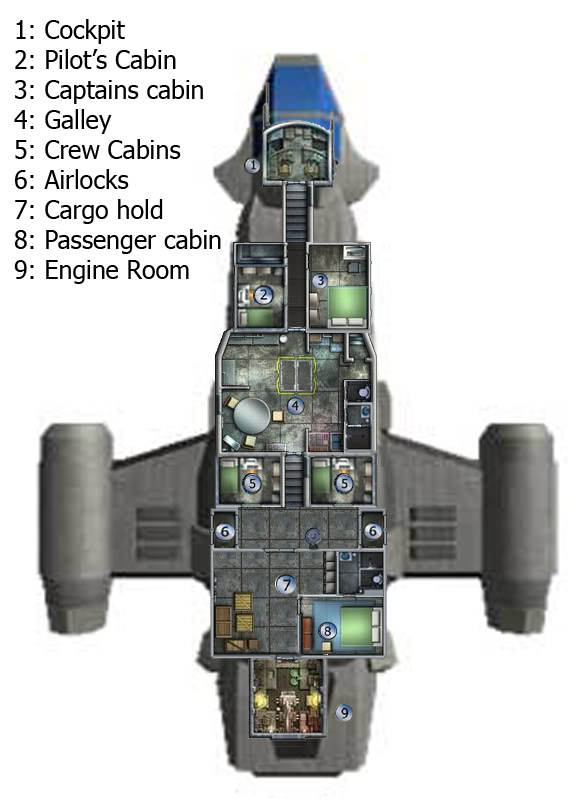 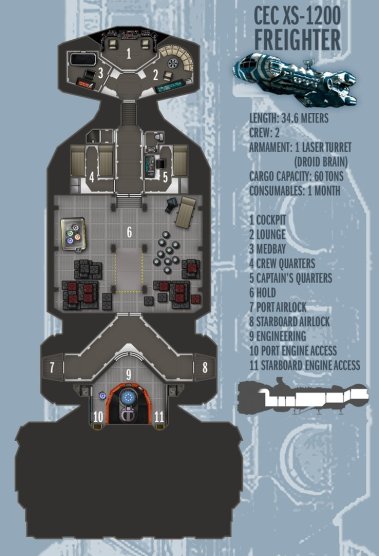 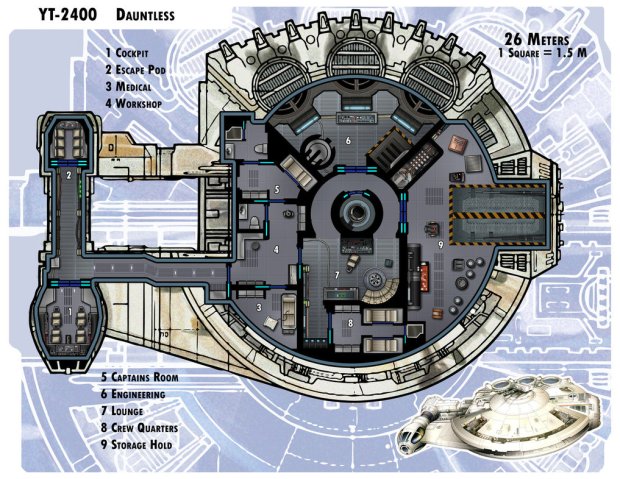 I felt that a bit of a Sci-Fi bug nipping at me so this weeks Side Trek Hooks will be Sci-Fi and Post Apocalypse related. Enjoy !
So today Star Wars !

A long time ago,
In a galaxy far far away….

After Endor
Breaking Base

With the destruction of the Death Star the Empire tightens it grip to a strangle
hold on the outer systems under their hold. With eyes and ears in nearly every corner of the galaxy its getting very hard to be a Rebel these days…

The swamp planet of Garic IV has a new Imperial listening post that has become fully operational. This proves a tremendous problem to the republic as it’s scans cover a primary supply shipping lane for the rebellion. With a major shipment in route the party has just days find a way to bring down the sensors at Garic IV or the Rebel supply convoy will be detected in route to their destination revealing the location of the Rebels major base in this sector.
To complicate matters the players can not just blow the site from orbit. This would draw as much attention to this area of space as if the convoy had been detected. The party is going to need to get in get out leaving the facility down for as long as possible all the while hoping not to get caught. All the while being right under the imperials noses.