The best advice I have ever been given was not for my game of choice. But my roll of choice as a Gamemaster. That lovely piece of advice was.

Run the games you enjoy, and tell the stories you would want to be in. Playing RPGs is a hobby and it’s fun and if your not having fun then stop!

Several times sadly I’ve been asked to run animal anthropomorphic games such as Red Wall. But sadly for some reason as a GM, I just can’t wrap my head around the style of stories. Instead of forcing myself to run these games I’ve just politely declined.

Oh, I know that I’m completely capable of running a game like this. The problem is with such a game I  would be a struggle. finding a story that I would enjoy telling would be a struggle for me. I think it would also show at the table how hard of a time I would have with the subject. That would take away from my player’s enjoyment of the game.

This will more be a series of pictures.

Right out the gate, I would like to have a very sharp looking room that would still reflect a Fantasy Inn or Tavern. I love my Sci-Fi but if I want a game room this has got to be the look. So I think this is the closest to what I would like to have.

So with the rooms base look covered lets hit on the two walls of the room not pictured. IF you are going to be gaming for hours on end. You will need to take some breaks. What better way to take a break then have a mini/full sized bar in the room.

Now we are not to the table yet but the other wall would be for storage of my Dwarven Forge as well as a huge layout for the main city hub that game would be taking place on like shown below. Yeah AWESOME..

And next up we have to have the table of AWESOME to be the grand centerpiece for this room of epicness ! So we turn to the Sultan to do the job.

Tack on a gorgeous wrap around deck for after game and fresh air. And I will call my unlimited game room done.

Today’s question poses a few issues. The first instinct is to pick somewhere that would be awesome to visit.  My concern with choosing an awesome location to visit. Would be that it would be distracting for the game and no game we would get done.

As much as I would like to say Hawaii or the Bahamas or New Zealand right in the middle of a hobbit house. I would worry is that nothing would happen at the table because everyone would be too busy wandering around and enjoying the scenery and being touristy.

But I still want to go somewhere, so where would I go? I think the best answer here might be a long arrange cruise on the boat with several amazing destinations. The is not an original concept as I know my friends that run Mace con also run a cruise con. I think I would have to take their Idea on this question.

I see the advantages of a cruise having  positives. For several days at a  time, the gamers would be together to play as often as we would like and have literally nowhere to go but the boat. I understand that there are plenty of the distractions on a boat. But knowing that we were heading to beautiful locations between games I think would keep the players actively participating in the game and not on boat activities.

Additionally, I feel that taking a cruise I would get the advantage of not only playing in more than one awesome location but several. As well as seeing and maybe even gaming and several of those awesome historical touristy locations. I will admit to maybe pocketing my D20 and getting a roll off inside a Pyramid. ( Only to lose that die eventually) BUT I DID IT ! Lastly seeing as cruises take some time to get from one location to another. I get the added bonus other than playing games I get to hang out with great friends for several days.

Lastly seeing as cruises take some time to get from one location to another. I get the added bonus other than playing games I get to hang out with great friends for several days. Often we don’t get enough time to just talk as gamers.Ironic when you think about we play a game where we talk for hours on end ! This would be a perfect opertunity.

So there you have it.  I would pick  a nice long boat trip for me and my group. Where would you go ?

So what thing would surprise me if a friend had not seen or read?  Well with the tremendous amount of saturation over the last decade I would say Lord of the Rings. It is nearly unthinkable to imagine any of my gaming friends may not have at least seen these movies! Added to that all of the Video games that were made around this setting the only way I can imagine this ever happening would be that they would have intentionally avoided it.

So another short one. as we come down the last stretch of the month. See you all tomorrow.

Well, this one will be short.

While in the service. During deployment in Somalia with Dice carved from soap and numbered chit pulled from bags. Our player’s handbook and DMG were taken out of their covered and bound in a plastic folder. So they could be rolled up or tucked in duffle bags and not damaged.

Miniature painting, This can be a good time to relax and reflect on past games or paint figures for the upcoming game sessions. Painting Minis also adds personalisation to your table really just makes your figure stand out. In the age of prepainted figures. Seeing that touch of personalization is awesome. Even more so once you have gotten good at it lol. 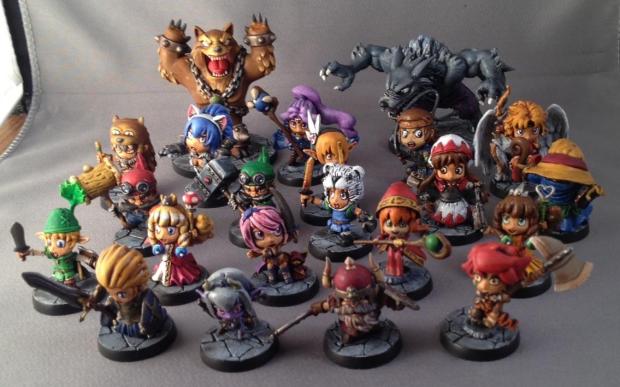 Bloging
Bloging can really be a ton of fun and rewarding as a hobby. Just do it for you. Maybe blog about your parties adventures or use it as a log to recap each week’s adventures. Heck, that is how I got my start. 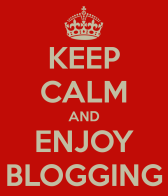 Card Games & Board Games
Card games & Board Games go hand in hand with RPG’s. If a player is a no show you can always throw down some good old Board Games and save the night from being a total loss!
There are a ton of Boardgames that feel like RPGs they are done so well. Before your next game session is called due to a no show, Pull out a box and give another game a try.
P.S. Step away from monopoly and give some real good games a look.

War Games
Wargaming is a big change of pace from and RPG game. One added benefit is if you love combat maybe a good wargame before the group meets might get that craving for combat out of you. Additionally, you get another awesome benefit.

If you’re already are a Hobby Painter and you pick a war game that has minis that you might use in your RPG’s. Now you benefit from your Painting hobby for both RPG’s and the War Game Table!

So what are some hobbies you enjoy that go well with your gaming ?

I think there are a few key factors in making a good character. This is one of the better questions of the last few days! But I might only be saying that because it is easier to answer than some of the others we have had in the last week or so.

Making a character is not just about picking the right skills, feats and equipment to give to the right set of stats. I feel that if you’re going to make a good Character you have to like it yourself. You could make the perfect combination of stats and skills, yet if you do not like what you have made you will not enjoy yourself.

The character must fit in the group. Playing a solo act is great and might sound like fun. But you will quickly find that you will be bored at the table as the story is going to focus on the players that are working as a team far more often then it will shine the spotlight on you.

The Character needs to make sense. Do not bring a Pirate into a game taking place in the Himalayas without a DAMN good backstory!