Hands on look at the D&D 5E GM Screen Reincarnated

I know I’m a little late to the party in my review of the 5e reincarnated DM screen. So let’s get right into it and take a look at what we got. Personally Even with much of the cover art is pretty blank the picture is beautiful. I much prefer the Dungeons and Dragons logo as well as ampersand compared to that of the old 5e symbol on the original GM screen.

So for this review, I’ll be looking at the panels from left to right for my review. The left panel has the most changes overall this product. The tables for NPC characteristics, NPC ideas, NPC flaws and bonds and the Name Generator all have been removed.

In their place, we have a Actions in Combat table that describes in detail everything that a player can do in a combat round. This table covers Attack, Cast Spells, Dash, Dodge, Help, Hide and Ready Actions as well as Search, Use A Magic Item, Use an Object and Use a Special Ability actions.

We are also given a table with some rules that are not always easy to remember and will save you time looking things up like Long and High Jump, Suffocation and the easiest of all to remember Concentration. As easy as the concentration check is to remember it’s still good to have it here. Additionally, they managed to squeeze in one more little section on this panel for things that you can do in a turn listing everything that a player can do as a little quick reminder.

This panel does have one piece of art and I like it! The art is straight out of the player’s handbook and it is the of “Points of Origin” of Area Spell Effects. I really like this because one of my biggest criticisms of the old GM screen was the art wasn’t helpful and it took up to much real estate on the screen. By comparison, this art doesn’t take up a lot of space and it’s very helpful for a GM.

Myself I actually used these tables fairly often and will be sad to see them go. That said overall the replacement tables that they have put in this panel are a far better choice and if I myself had to make the choice to decide which of these panels to keep I would have gone with the new panels in the reincarnated GM screen as well.

The 2nd panel covers Conditions and is exactly the same as the old GM screen right down to the artwork. Again my complaint on the conditions panel is much the same as it was before. Granted conditions are likely the main thing we will be looking up as a GM’s during a game. I just feel that a panel and a half of the GM screen is just too much real estate for this information. Simply by sacrificing the artwork for the conditions table, they could have condensed a panel a half worth of information into one panel. This would have remained just as effective and we would have gotten more space for use out of this GM screen.

The new and old GM screen third panels are very similar. The last half of the Conditions Table and the Exhaustion Chart are exactly the same on both of these panels. The only tables remaining the same are the Skills And Ability Table and the Setting A DC table. The tables of Light Obscured Areas and Cover we’re moved to the fourth panel on the new GM screen. In their place, the tables of Damage By Level of Severity, Object Hit Points, Object Armor Class, Setting A DC and Tracking DC’s tables have now taken their place.

Lastly, the fourth panel has changed quite a bit. Gone is my much-disliked artwork of the Tarrasque. This has been replaced by another piece of art comparing the sizes of creatures from tiny, small, medium, large, huge and gargantuan creatures.

The Something Happens table that I really wasn’t a fan of his now gone as well as the Quick Finds table. In my opinion, it is an improvement that they have been removed. The Travel Pace table and Encounter Distance tables have remained. Lastly, we’ve been given two new tables that I think are an excellent addition to the D5e DM Reincarnated screen. These tables are Food Drink and Lodging And Services both of these tables I think will see a lot of use in most players games.

The last GM screen I gave it abysmal 6 to even though I came back earlier and had given an almost to 7, All Things Considered, there’s not a whole lot been changed in this GM screen but it is far more useful I will give this screen a rating of a 13. It’s landscape, it’s useful, it has many tables now that it didn’t have before that will be helpful for a GM. The artwork has been reduced and its overall an improvement over its predecessor. 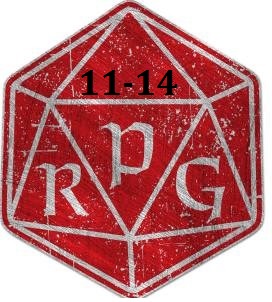 So what keeps up with such a low ranking for me? The simple fact that it doesn’t have inserts. it’s only useful for one thing and that is base generic 5e. With Gale Force 9 producing a GM screen for every new campaign setting that comes out. A much-improved GM screen reincarnated would have been a landscape GM screen with insertable sheets. Then we could customize each screen, and every time we ran a particular campaign we could pick and choose the tables and maps that we would wish to add to your particular screen.

If you already own a GM screen you will be able to make do without this product. If you do not have one this is a better choice over the old one. If you are willing to make your own screen then I would suggest a GM screen with inserts that you can customise.

If you want to pick up one of these hit up your FLGS and grab one or head on over to Amazon to get yours.

Or if you prefer to pick up a customisable screen you can get one at your FLGS as well or grab one off Amazon as well. I recommend the landscape screen by Hammerdog, You can also pick up a non-landscape version if you prefer or the screen that I use. The Hammerdog Mini.