Well with that I decided to go back and give it another look to see if they had done much to change the game that I downloaded a while back. So I went back in and gave it one more play again. As a fan of the Pathfinder Adventures Card game, I had high hopes that I would enjoy this mobile port.

The Boardgame industry in the last few years has done an amazing job at porting card and board games to electronic devices. In the case of Pathfinder Adventures once again they hit the nail on the head and then some in my opinion. Obsidian Entertainment faithfully not only recreated the card game but brought to life the Major NPC’s of the Pathfinder world as well as have given atmosphere to the world your playing in.

The base game is free and you can earn gold to unlock other features or buy them outright. The game offers the following features. 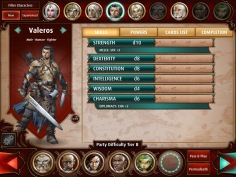 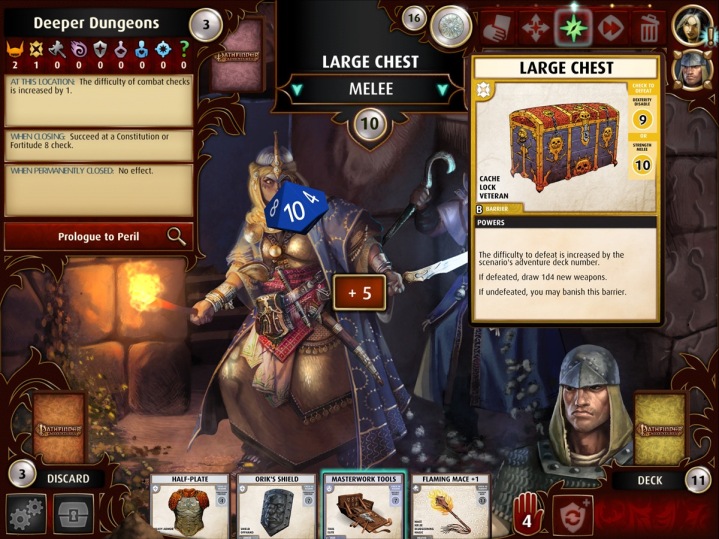 Best of all the game is free. I give this one a solid 17 out of 20. If you like mobile board games and you have enjoyed the Pathfinder Adventures card games. This is a no-brainer, Add this game to your mobile collection.

The only reason why I have given it a 17 is I have not played it long enough to determine if it bogs down in the long game.