Catching up on this weeks news, with Con recovery and Veterans Day Plus a Birthday yesterday I let a few cool things get by me. But NOT today! Were catching  up on a few cool things that I missed and learned during the convention. The rest of the week will be busy everyone ! So here we go.

Well its about time ! To me and I think many others this has felt like a no brainer for some time.  Well Two days ago Monte Finally announced it. The Cypher System, Simply put. You will be able to bring the Cypher system to any setting you can dream  up and your going to have a big fat book of tools to  make the whole thing awesome.  Coming in the summer of 2015 I for one will be excited to pick up the third book from Monte Cook Games.
On a personal note I wish this would have been the second book of the system.  Many of us thought from its introduction that the Cypher System would have made a great universal setting. So thankfully Monte and company agree !
The book promises to bring a ton of new content in the manner of foci, descriptors, creatures, cyphers and rules.
They have not mentioned anything as to classes yet. I myself am most eager to see what they do with making universal classes, Or maybe far more generic then we have seen with greater Teir Flexibility.  Either way I will be following the updates on this project closely.  I have been working on a few homebrew options for my personal games with the Cypher System for some time I am eager to see what Monte and Company do !
There as not been much more sent down the pipe about this one yet. But I think this much like Numenera and The Strange. This will be a Kickstarter Project as well. If that’s the case. 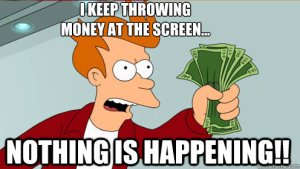