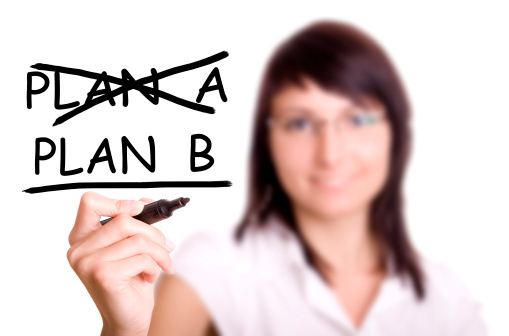 So today I wanted to talk about the philosophy of being flexible as a GM. Part of a Game Master’s job is to be prepared with their story and the scenes that they’re going to run each game session. Part of mastering running games is being flexible when the players throw you a curveball.

You must be willing and ready for when your players take a story in the opposite direction from the work that you planned. This will happen often even if you run a very on the rail style of game. It’s your job as a Game Master to learn to seamlessly roll with this. The beauty of running a role-playing game is that it is interactive and that the players can do things unexpectedly. This is one of the greatest differences between a video game and Tabletop RPG’s. It is also one of the most frustrating things for many new GM’s to experience. As well as one of the most fulfilling things to do on the fly. But only you will ever know because if executed properly, your flexibility will never be noticed in the game.

In my experience, it is always best to have several options prepared for when the players go off script. Develop side scenes that are not vitally to your story. While being generic enough to fit in several points along your story arc. Place these guideposts out there for your players to find. Leaving clues in those scenes that hopefully will point the players back to your planned plot line.

For example, say I want my adventuring group to speak to the mayor in my game session. Yet my players decide that they are going to go to the Guildhall or Tavern and look for work instead. There are several things I might be able to do to nudge them in the direction of the mayor while allowing them to still do the things they want.

And the list goes on, give players a little cheese and one of them is likely to bite and go see what is up with the Mayor. If they don’t bite let them play, forcing them at pike point is not the way to handle getting your players to go see the Mayor. Unless that is actually part of your story.

Let the players have to have their freedom, Alow them to explore and do what they like. Along the way place guideposts in your story to hopefully direct them back to your plot. These things will likely be a subtle enough nudge in the right direction to get players heading where you are wanting the story to go. Alternatively if they choose to still not go in the direction of the plot you are left with a few choices.

Myself I always chose to play out a side quest. If I lay out breadcrumbs and my players ignore them I need to keep the game going.  Always be prepared to take the story in another direction. Not hit the players over the head with the plot until they go where you want them too.

That said in my games I never let a good plot rot, Neither should you! After your game is done for the night and you are doing your after game review and wrap up. Take a min or two and advance that unaddressed plot the players did not take care of. I do this with all my plot hooks. This helps give your world the feel that time is passing and the choices your players make have an effect on the world they are in.

I will go into more detail about my plot advancement next time.