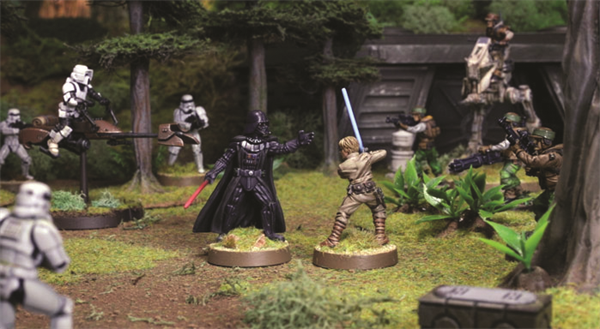 Warfare is an inescapable part of the Star Wars universe, from the blow dealt to the Rebel Alliance in the Battle of Hoth to a few Rebel strike teams taking on a legion of stormtroopers stationed on Endor. Seize your chance to get your boots on the ground and lead your troops to victory with Star Wars™: Legion, a miniatures game of thrilling infantry battles in the Star Wars universe!

Star Wars: Legion invites you to join the unsung battles of the Galactic Civil War as the commander of a unique army filled with troopers, powerful ground or repulsor vehicles, and iconic characters like Darth Vader or Luke Skywalker. While innovative mechanics simulate the fog of war and the chaos of battle, the unpainted, easily assembled miniatures give you a canvas to create the Star Wars army you’ve always wanted to lead into battle—whether you fight for the monolithic, oppressive Galactic Empire or the ragtag Rebel Alliance.

Star Wars Legion has hit the shelves of FLGS all over the country now and many of us are in various stages of putting together our armies. For my figures are put together and primed and I am itching to get some test battles in. I only picked up a core box ATM and even though I have not played a round of the game yet I am already debating with my self if I want to pick up extra units or a second core box.

Ever since seeing some sample play of Legion at Pax I have been itching to get the game at my table. So I must admit that I am thrilled to have learned that where I was a bit worried that myself and only a few others would be interested in Legion. The local wargaming community seems to be all in with Legion.

In the coming days, I will be doing some mini blogs going further into SWL, my impressions and some of the crafty things I have been cranking out on my 3d Printer as I am writing this.

If you want to get in on Star Wars Legion here are a few affiliate links to get you started. 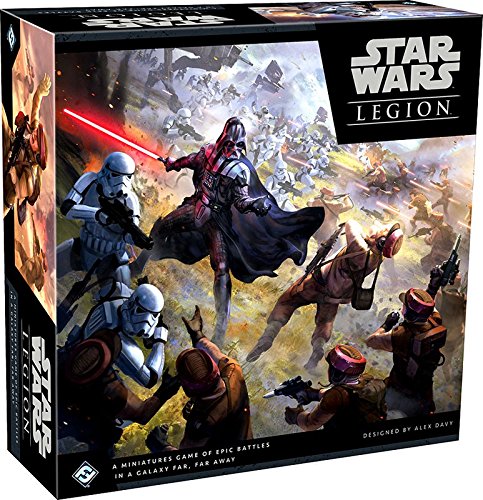