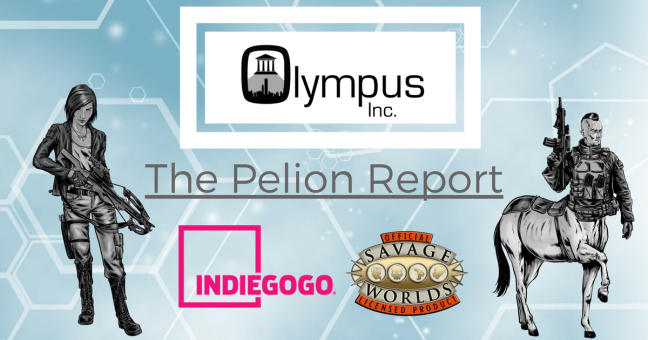 Last week my friend Charles White launched his newest campaign on Indiegogo.  An expansion to Olympus Inc Savage Worlds. Part Percy Jackson Part Shadow Run made in the Spirit of Scion Olympus Inc is a fresh look on a modern world where the gods, in fact, were real.

The Pelion Report presents five new Paragon bloodlines (Artemis, Athena, Demeter, Hephaestus, and Hera) and two new Demihuman bloodlines (Cyclospawn and Centaur) for Olympus Inc. Along with the new bloodlines, the book also presents powers for new and existing bloodlines, rules for working with Orichalcum, new corporations, new edges/hindrances and so much more! 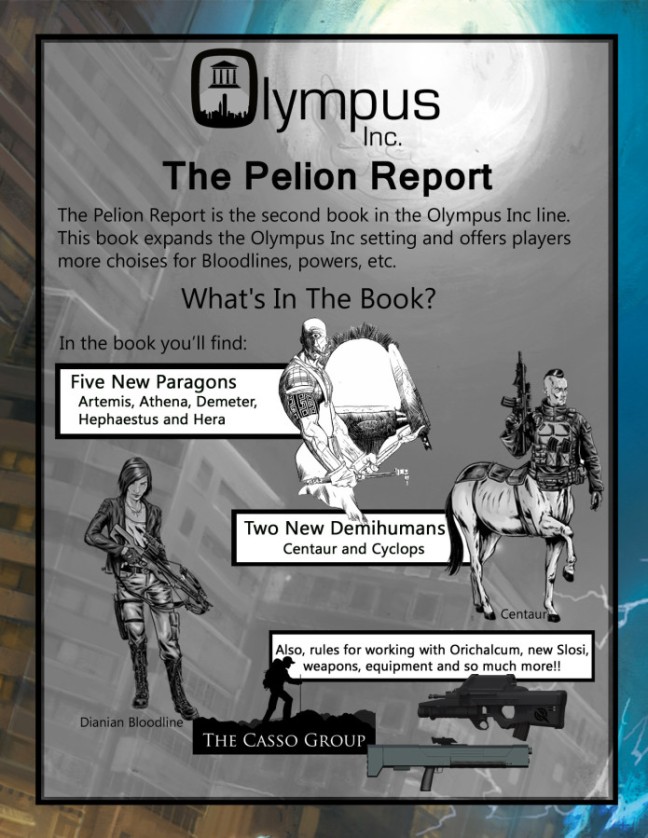 If you are not familiar with the Olympus Inc setting here is a brief rundown:

In a world that appears identical to our own, the Titans of myth have deposed the upstart Olympians and now rule the heavens. But Zeus and the other gods of Olympus have found a new way to harvest the power of worship—through mankind’s love of money! Step into a world of shadowy politics, satyr cyber-raiders, demigods, and an ongoing clandestine war for control of the firmament.

The campaign is slated to run until March 29, 2018. For more information, visit the campaign page on Indiegogo.