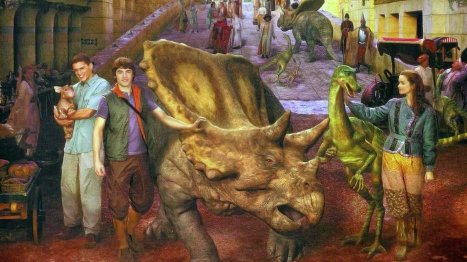 The Saurians were a powerful race during the Mage Wars. They sided with the Astralus (Astral Elves) against the Atlanteans. Saurians were extremely gifted with psionics and elemental powers. Many died during the Mage Wars, the few that survived, quickly devolved from an Atlanteans curse or died of old age. Instead of devolving some Saurians (30%) split into humanoids and primitive Saurians/Dinosaurs (full size). A few out of every generation of their descendants is reborn as a strong leader in time of need. When one of these becomes the leader, there is a 20% chance of him/her merging with their other half.