Well each year we have an awesome New Years Eve Party that starts well before the sun goes down and lasts long into the night. Often well past the ball dropping. It is one of the few occasions that our group gets together to play board games. We are after all TTRPG players mostly. Gaming is serious business and we often just do not have time to throw down a board game. So our NYEP is a pretty special event now for the group. 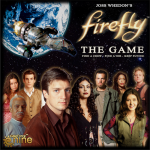 In years Past we had played Firefly The Game with all of its expansions save one. Now with every expansion in hand.. I look forward to seeing if we will get an early game going with all 9 ships and every expansion board going. If you love the firefly universe you like Board games I would be surprised if you have not played it yet. If this is your first time hearing about it.You can learn more about Firefly Here.

The other huge hit last year was Smash-up. At one time we had two full games of it going for a bit. With all the different teams you can play Smash up is one game that doesn’t get old any time soon. It is likely we will see it making its way back to the table again this year. Smash up starts light but if your willing to pick up the thing you need the big geeky box. After all there are so many teams and they will be making more this year. You can find out more about Smash up Here.

So Enough about last year!

Well one of the best parts about our New Years Eve part is many of us get great games for Christmas and this is our first chance throw them down and give them a play. As well as the next best thing between now and said New Years party is the piles of gift cards that we are given from friends and family that know we love games but have no clue what games we do not already own.  With that in mind I will toss out a list of the games that are highest on my I want to get list with my holiday money!

Xcom the board Game, first of all I am a huge Xcom fan and from everything That I have heard thus far. The developers of this game got it right. My only ding on the game would be that its only 1-4 players Co-Op game. That said part of me whats it even more  because this might be the first time I ever buy AND play a game with a single player option. Also with more and more games finding ways to integrate Apps into their game. Xcom pulled this off masterfully. You can find out more about Xcom Here.

Next in my short list of games that I am wanting to add to my board game collection is the epic and awesome Dead of Winter. I had my first chance to play this game a few weeks before Storm-Con and let me say I love this game. Like Xcom this is a Co-Op game with a potential Traitor mechanic as every player might have a personal goal that could hurt the rest of the survivors.. Or not. It really ramps up the tension in the game. Dead of winter is a 2-5 player game and I can say that I have yet to meet anyone that has not come away from this game with good things to say. Its fun, its brutal it’s a great time all around.
You can find out more about Dead of Winter Here.

My last game that was on my short list for the New Years Game Night is Sheriff of Nottingham I had so much fun at MACE this year playing Sheriff of Nottingham I just can not say enough good things about it. I have friends that have said they worry that it could easily be too dry and boring. But my experience was once the Role players at the table come out this game really beings to shine. I would also say that this game might be more fun after a few drinks when everyone is more relaxed and ready to be silly and sneaky. You can get some more info Here on the game if you would like to look at it closer you can also see a video of it being played by Wil Wheton and friends on Tabletop.

If your into what could be amazing Drinking games. Looping Louie is always great fun and for some reason that game goes over so well at con’s.. And always seems to turn into a drinking game.> I mean look at that Wookiee, This is the game that happens when you fly the falcon drunk.

So my #1 Honorable mention goes to taking LL to the next level.
Star Wars Loopin Chewie

Anyone else get together for a New Years fling of games and fun? This tradition is now moving into our third year and we eagerly look forward to it each year now.

SO that about wraps it up for me this year! What games are you guys out there looking forward to playing ? Do any of you out there already own any of these games ? Would you recommend them or not ? Please feel free to pitch any of your suggestions !