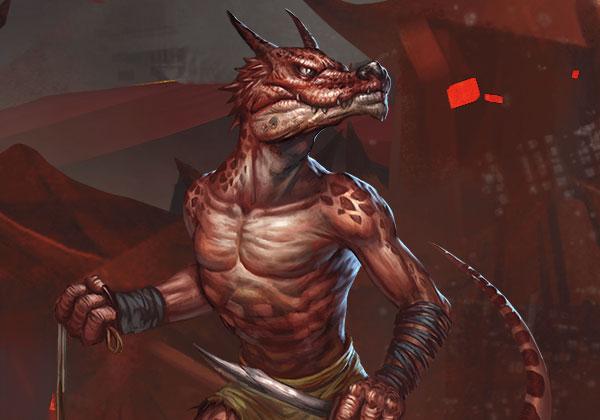 Oh our scaly little friends of the ages. Just about anyone who has ever rolled the dice in a game of D&D has cut their teeth at some point against Kobolds. Surprisingly these little scaly humanoids have changed very little over the years. One of the few things that has changed over the years has been their appearance. It seems nearly every edition of D&D has given them a new look. And in 5th edition our little friends look like they hit the gym and bulked up. Another notable change over the last few editions would be kobolds distant relation to dragons.
And the new winged Kobold known as Urd’s
Kobold are rarely found alone, this is one thing that has never changed. These tribal creatures form large tribes or family groups. Always attacking in large numbers if able. It is rare that kobolds would ever attack when out numbered. Kobolds are known for their skills with traps. That alone makes them the favorite monster of many GM in lower level games.
Over the years I have seen kobolds make use of everthing you could think of. Spiked pit traps, basket of scorpions. Falling rocks, hurled hives of wasps and bees. Baskets filled with poisonous snakes. The list goes on, and on.