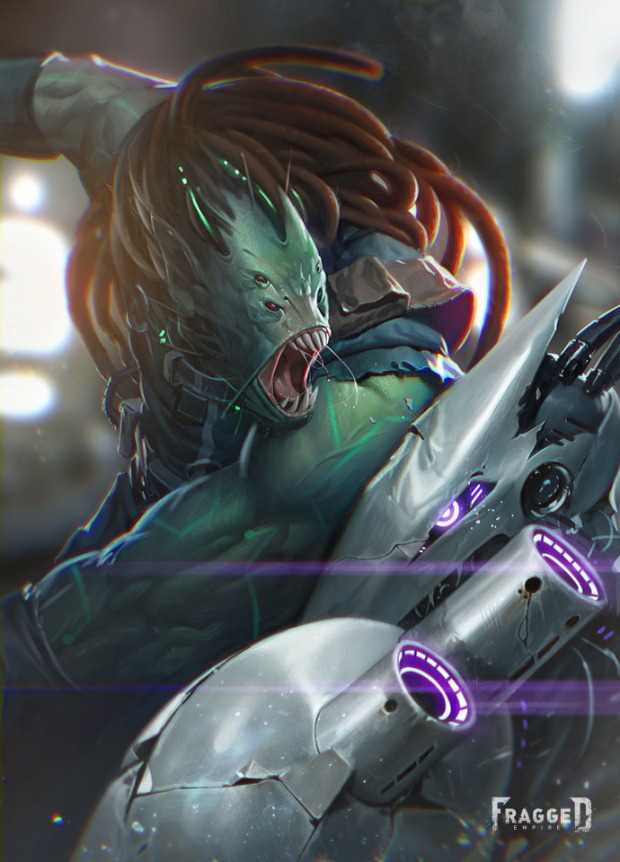 Fragged Empire: Antagonist Archive 1 contains,
A compendium of Factions, Locations and NPCs for your Players to contend with.

The Fragged Empire: Antagonist Archive 1 explores the darker, corners of the Habrixis Sector and the Haven system. Including factions, locations, Mechonids, pirates, feral Nephilim and spacecraft write-ups and stats.

So what feels like not that long ago but is actually closer to a year ago I did a review for Fragged Empire now back when I first reviewed the game I gave it a respectable 16 with the caveat that if you did not take an issue with resource management systems that it was likely a 17. As time went by the game continued to produce the high-quality product. In addition, the system just kept growing on me so I revised my 16 to a 17 and also stood firm that if you enjoyed resource management games this was likely going to be an 18 for you.  I strongly feel that in time the game will continue to grow on me and I will likely revise my review again. But why? Becuase the world is rich and there is just so much of it to absorb and enjoy. And the quality of the content is excellent. The larger the library of content grows for Fragged Empire the higher the bar rises. With that let’s take a look at another product of the Fragged Empire line. Antagonist Archives 1

Content, content, content and more content. This book is overflowing with stuff for the Gamemaster to bring into play at the table. The book itself is broken down neatly into 5 sections. Factions, Locations, Creating NPC’s, NPC Characters, and Spacecraft Stats. I will touch on most of them briefly.

With over 25 factions representing either Corps, Renegades or the Feral Nephilim factions you are given a ton of players with a motive in your game world. Even better none of these factions are boring. They are all dynamic with some backstory, goals, and motivations. Even better each of the factions also has a few adventure hooks to kick your inspiration into overdrive.

The locations section is not nearly as large with only 5 locations outlined. But do not let that fool you. These locations are fantastic there is enough of a backstory for each to get your ideas flowing. But just in case, you will find more adventure hooks! Oh and one of the Locations is an overview of the Var System, as well as a few key locations in the system itself.

Creating NPC’s is a nice short section that gives you the tools to do exactly that. Make a ton of NPC’s for your players to face off against this includes spacecraft. As a whole, this entire portion of the book is made to lighten the Gamemasters workload. Thank you for that! In addition, this section also has some flavor suggestions for making any situation you might encounter a bit more complex.

The NPC Characters section dominates the majority of this book. In any other game, this would be a Bestiary but there is so much intelligent life in this section I think it makes sense not to call it that.

The ship section is solid and gives us a much broader number of ships to add to the game. as well. Several ships from each faction as well as NPC groups are listed here so there will be plenty of variety to go around.

As far as Pro’s go this book is packed full of them. From the time you open the book to the very last page, you will find there is useful content for your Fragged Empire game contained inside. For me, the best part of this book was the factions. With these robust factions, there is so much story just waiting to be told. Other than that I am not going to list any other Pro’s today. If you want a larger list just re-read the above section.

Essentially this is a Gamemasters book. That does not make it a con per say. It is not meant for players if you are a player and not a gamemaster this book will not contain much product for you. For others, it might contain spoilers. Not really a con and after all, it says it in the title basically any player would know from the time they pick up this product that it is not been made for them.

This book has no real flaws. 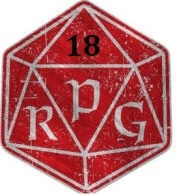 Keeping in mind this is a resource book for the Fragged Empire system this book does an excellent job at providing your Gamemaster with a ton of suburb content! Much like the Core book the art and layout is professional and well beautiful. This book will keep you coming back time and time again as a GM and it will be a mainstay in your Fragged Empire collection. I will close with the statement that if you are going to run a Fragged Empire game this is a MUST have product.

Where can you get it ?

You can pick it up here at DTRPG by clicking on the link or the image below.