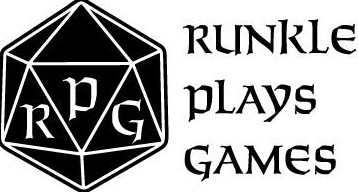 Well I stumbled on a post I had written an almost four years ago. I decided to share it here today. Much has changed since I wrote this nearly 4 years ago. And I am even happier now then I was at the time of writing it.

I don’t know How to express the joy I still find after all these years running role-playing games for others. Knowing that after all of these years I can still see a 5 second clip form a short story or read a paragraph from a book and find inspiration for a story to run for my players. The realization that after nearly 30 years of running role playing games i can still recall great moments at the table I have had all the way back to my first few years as a DM. And even more the pride I have that after all of these years with all of the gamers that have crossed my table I only have rehashed a handful of story ideas for my players and those were hand-picked moments that I desired my current players to have the chance of enjoy a very special moment of a story i once told for other gamers.

My players have been some of the best people i have ever had the honor to sit across the table from for the most part. And I hope everyone that has traded Dice,laughter and the friendship of the time we spent playing those games feels remotely as honored to have played along side me as i have them. You all are part of the best of me and many of you made me better for just being there as well. TY.

To think i nearly gave this game up at a dark point now is absurd. I’ll end this now as I have had another idea for this weeks game I want to pen down ..

Since then I helped organised a gaming convention that ran for three very successful years. I have been writing a blog now moving into its third year. I have had the honor and the opportunity to sit and talk with many amazing gamer’s and developers in the gaming industry. Over all the thought that I nearly walked away from all this is so much a distant memory is nothing more than a footnote now.