I know many of you are reading the title of this blog and thinking? But I do play D&D, Pathfinder or any other of the many RPG’s out there for stress relief! Board Games, Card Games, and Roleplaying Games are well-known to be a good form of stress relief right? So why would I say to you not to play in weekly RPG’s for just that reason?

My reply to you on this is, you are partially right. These games are a great way to unwind and spend time with good friends and have some laughs. The byproduct of all of this is stress relief but, if you are coming to your weekly RPG game looking for it to ease the stress you have been under you are going about things the wrong way.

My thoughts recently began to ponder this subject after a considerably highly stress filled last few week. On the way to the game, I found myself thinking.

“Damn, It will be nice playing game tonight and relieve some of this stress I have been under lately.”

After arriving I began to notice that the game that night was definitely not reducing any of my built up stress. The games itself was great, The GM’s did a wonderful job at running the game. Even so for one reason of another, the pressure of all that stress that I had been under was under never lifted. I think this was in part because our D&D game that night was in a particularly tense portion of the story. Adding to this level of in-game tension we entered a fairly lengthy combat in the early portion of the game night. Creating a situation that was doing nothing to reduce the level of stress I had been under. Now the tension and stress of the game was adding to my already high levels of frustration

To make matters worse while we were in that combat. My dice were rolling the only luck I had been having this week (All Bad Luck). I was largely ineffectual over the course of this encounter.  A short time later I found myself thinking that this was all just my run of bad luck. Roll after roll round after round, the game night got grimmer and grimmer. With the situation at the table beginning to turn ugly so was my mood.

Yet the reality was I was the only one at the table that was not having a good time. In fact, I was among good friends that had a blast that night. It was a great game with good pacing and we actually got a lot accomplished. Yet with all of the stress, I could not see it. Just a few foul die rolls had set the stage for a bad night in my mind. Thankfully, since that night my stress levels have subsided and I  have gotten back to my regular enjoyment of gaming.

Now, this whole situation was a very rare thing for me. Myself I can honestly say that it is unusual that I play or run game while stressed. This is not to say that I don’t have stress. Just that I find places away from the table to vent my feelings of stress beforehand. This is often not the case for many gamers. There are plenty of players out there that come to the game each week with the intent to use Role play as their method of stress relief.

Over the years I have encountered many players that become upset when game sessions are called or plans are made instead of gaming. I have heard several times from so many gamers say

To gamers that feel this way, I say if you are relying on your weekly RPG game to vent the stress of a rough work week you need to find an additional hobby. Don’t get me wrong I still want you at my table! I just would just rather you go do some yoga or take a few rounds on the heavy bag before the game. In hopes that this will help to relieve your stress so you can actually fully enjoy my game.

Please do not come to game intending to use it as stress relief and get table flipping mad (I’m exaggerating) when your player fails his death save. I can’t emphasize enough that even if your GM or fellow players understand why you are frustrated. There are some things like bad die rolls that are out of everyone’s control. The resulting stress that eats away at you while sitting at the table on a bad night can only be vented by you. Until that happens whatever you do, all you are going to do is bring the rest of the players that are having fun down and ruin the mood for everyone.

If the whole reason you use RPG games as stress relief is because its your one time a week to get together with many of your friends. Well, maybe you might consider making plans to show up a hair early and squeeze a few rounds of Cards Against Humanity, Say Anything or any other Co-Op board or card game in. If you really insist on getting your RPG game on as a stress relief give I suggest one shots like Fiasco or Lasers & Feelings. 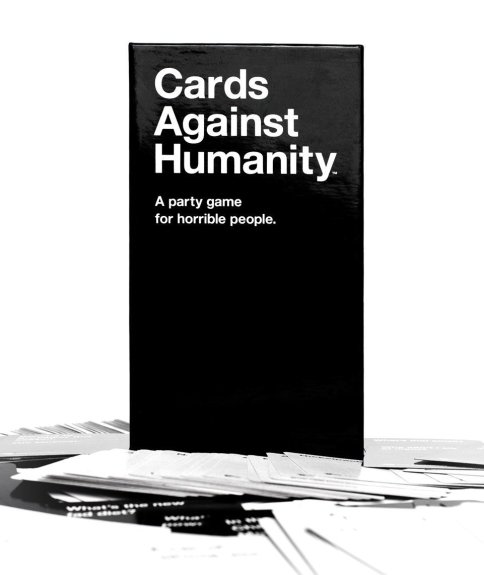 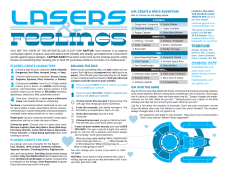 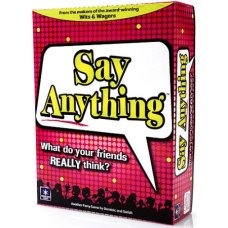 I know it is a hard thing to ask in this busy world. Finding time for one game is hard enough for some people. Asking them to find more time before a game that they are already setting time for to get in the right frame of mind for is asking even more.

I ask you to think of your fellow gamer. Look at the man, woman, boy and girl on your left and right at the table. Understand that they have come to play a game with you. Respect that they have taken that time out of their schedule to come together and play games with you and your friends. Do you think that they will enjoy the game more or less if you carry your weekly issues to the table with you? We both know the answer.